Testing a new lens in low light.
(That’s as far as this post relates to today. Let’s read a story)

This is Joshua, so named as he wears a t-shirt that says “Joshua”. My Nan gave him to me when I was little after finding him at work. Many years later I thought about how I came to acquire Joshua. My Nan used to work at a banquet hall that would cater for weddings etc. She found him there one day and gave him to me. Now that I am older I realise that Joshua is NOT the bears name, it would have been the name of a small boy who lost him at the hall. Well boy-Joshua, who went to St Mary’s Guildhall around 1984, you can’t have him back! 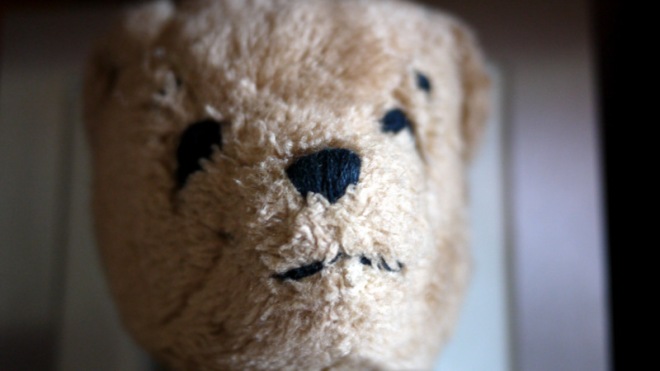