“Sex Clinic” on Prime is a reality show filmed in a, wait for it, sex clinic.
Why would you agree to go on it? Getting your bits out and letting the world know what’s up with them and why.
Having said that, can’t look away.

No.
Enough now Community. Dean’s half man half woman outfit and Ahbed’s ridiculous Dreamatorium was too much surrealism for me. Cancel series recording.

Today while at lunch we spotted NZ celeb – star of many infomercials for Natural Glow and Thin Lizzy make-up (no affiliation to the band…); queen of party dance songs of the late 90s (Blue Monkey); TV presenter and pioneer of energy drinks – Ms Suzanne Paul.
Everyone loves Suzanne, she’s been bankrupted and bounced back. Her cheerful, bubbly, personality is a delight. Apparently I squealed when it was pointed out she was in the mall today.
It is true. Suzanne is an NZ treasure.

My post to my sister on Facebook bragging about this pic generated a number of comments between she and her Primary School best friend as they remembered Blue Monkey’s impact on their lives…watch it for yourselves and make some memories. http://youtu.be/NOUE41RjU7o

(Special mention to Shanny for taking the photo and Loi for spotting Suzanne).

of TV in the Pigalina household at the moment? GIRLS!
(Not as eloquent as Beyonce’s version).
Thoroughly enjoying such a well written, truthful, amusing show (but Adam can get lost!). Lena Dunham is fab.

Because I am too lazy to get up from the warm lounge and venture into the chilly study to empty the photos from my camera; please accept this one of Lumpy Space Princess.
Armageddon is a comic/sci-fi/pop culture convention (NZ’s Comicon). Pigalinas didn’t stay long this year, mainly hitting up the stalls. We are now the proud guardians of Lumpy Space Princess who came with our Adventure Time DVDs. People will also now know that I am the Hand of the King and a supporter of Katniss Everdeen thanks to my new ($6!) brooches. I had hoped to meet Colin Baker of “I’m a Celebrity get me out of here” fame (he was also on some show called “Dr Who”) but timed it wrong.

Episode one of The Goldbergs. Mr Pigalina tries to work out who the narrator is:

After two nights of a tickly throat and runny nose enough was enough and I spent the day at home. Slept until lunchtime with a brief breakfast interlude, then spent the day on the sofa watching terrible rom-coms (I Hate Valentines Day) and reality shows. 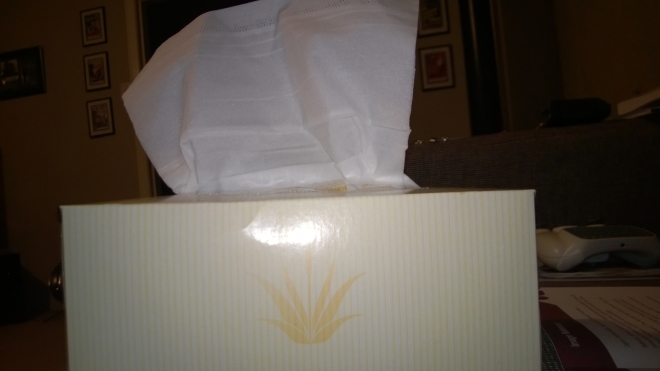 Mr Pigalina’s Valentines card now proudly on the busy fridge, next to my super-cool Tobias Funkë card from last year. 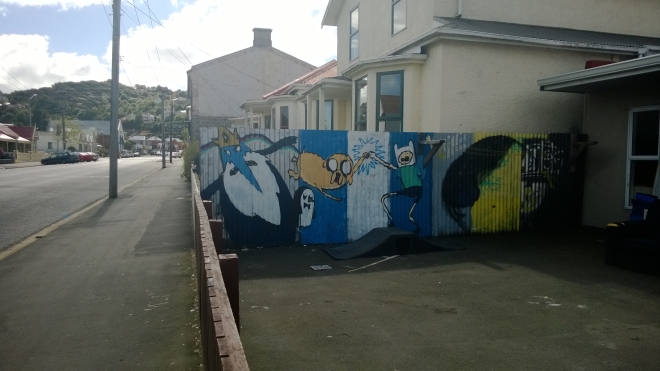