Who are those three lovely ladies on the latest ad for New Zealand’s Got Talent? Why it’s Pigalina, Mummy Pigalina and Pigalina’s Aunty. Daddy Pigalina can be seen politely smiling and clapping. 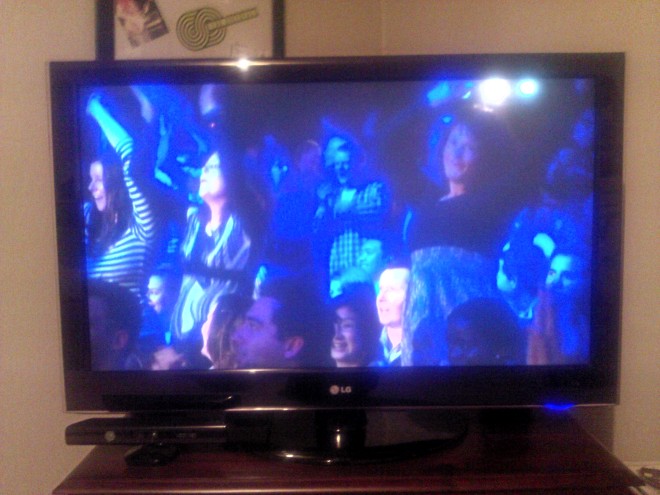 Oh Breaking Bad, so good. New desktop at work in your honour. 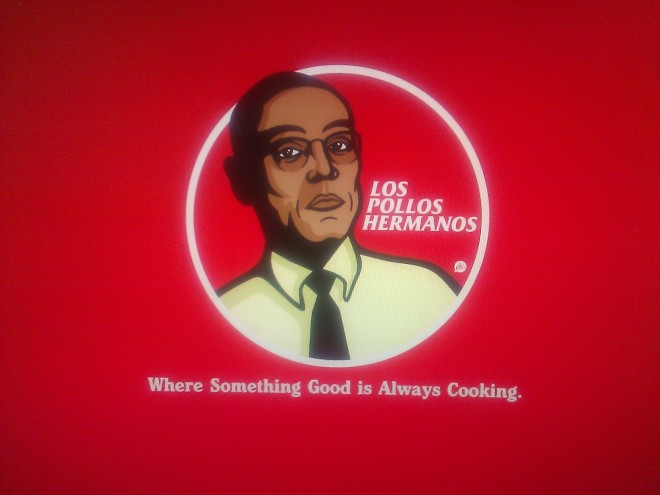 American TV when will you learn? Sometimes you drag things out for too long (talking ’bout you Lost). Desperate Housewives jumped the shark years ago but when I heard it was the last season how could I not watch – having invested so much time. Watched the final episode today, was much like any other. And that was the end of that. 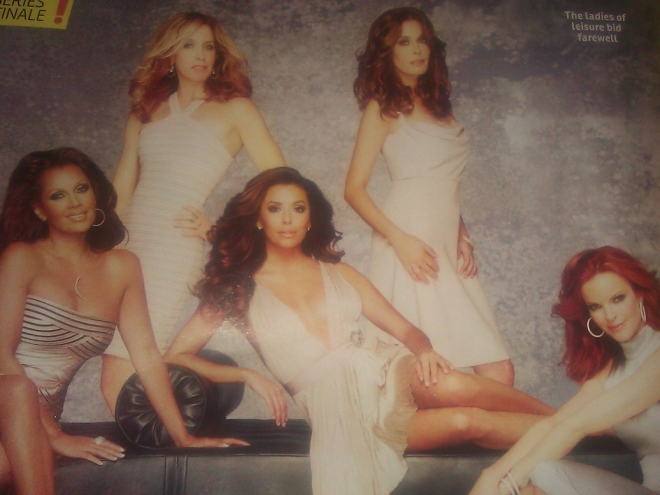 Went to the filming of the auditions for New Zealand’s Got Talent. It certainly has!

With Winter now here, going to and from work in the dark means that there is not a lot of activity to photograph. As we watched the end of Game of Thrones season 2 today here is my artistic rendition of Daenarys’ 3 dragons. (Starring 2 dragons and a dinosaur).

A bit of a nothing day. We took the dog for a walk and it was so cold I got sore ears. After that we stayed in the warm and watched Game of Thrones.

Wasn’t feeling too well today so stayed at home. Made a miniscule dent in my Seinfeld boxset. 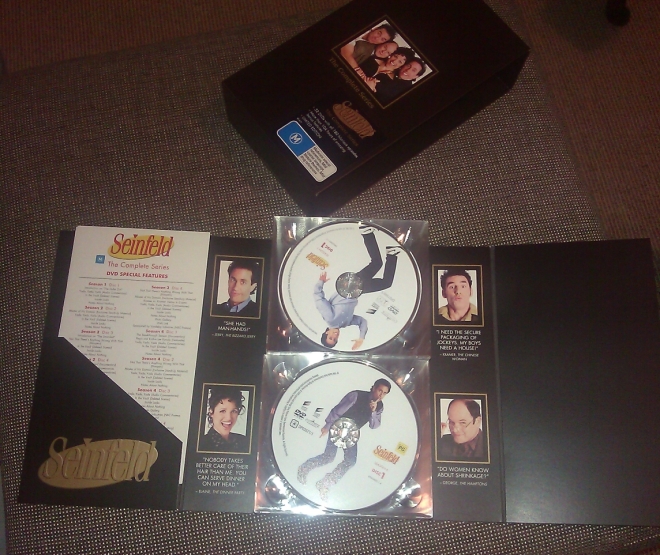 I had a feeling Melanie Amaro would win XFactor USA. Not because she was amazing or unique but because of the big deal that was made of bringing her back. Simon Cowell was so torn about the “mistake” he made not putting her through at the start that he was magically allowed one more singer on his team than everyone else.

Melanie never stood out. Not like Torah who didn’t make ut go the live shows, or Rachel Crow and Drew. She was and is a run of the mill Mariah Carey-alike.

I certainly won’t be buying her album. I will buy Chris Rene’s.

Next time producers, make it less obvious which plain girl with a sob story you are going to makeover and make into a cookie cutter star.

For once I was out having a life so missed the live final and then ruined it for myself by checking Facebook.

I am watching it now and I cannot believe that Brigette won. She is so wooden, her voice is flat and she sounds like a tired, less deep voiced Helen Clark. Her Covergirl ad was awful to listen to. Also those spacers in her ears are not waffley versatile.

Bianca, my nerdy, awkward second fave (after Arihana who is long gone) is no good in ads either but she killed it week after week in her photos. The way the other two bitched about her through the whole episode and pretty much excluded her just showed their jealousy. Yes she’s a moaner but at least she’s NEVER been caught bitching. I knew she couldn’t win as she is so terrible when being interviewed, hopefully she will grow out of it.

Rosanagh is beautiful and has a unique face and her ad was great. Poor girl has had the media dragging up stuff about her drinking and having mates that do drugs. She’s a teenage girl for goodness sake! Take a look at your teenage years. Out of the final 5 Rosanagh wad my sure fire winner. I can only imagine it was the silly scandal that ruined it for her.

Anyway, what the hell was that blue piped, flashing garment bag Bianca got put in to model?? Denise L’estrange-Corbet, if that is what you design you can get lost, wearing your glasses over your Justin Bieber fringe too makes you look a bit simple. (Wow, I am feeling acid tongued this morning!) Brigette got put in a coat made from the pelts of slain Muppets and she was worrying about making the designers look stupid…

At the end of the runway show a hermit came out and clapped for himself along with the other two designers.

Deliberation time – They couldn’t fault Bianca’s walk or photos. They worried Rosanagh may not be a role-model, walked too fast and photographically never had the “Wow” factor. Brigette’s walk was great, her photos were consistent.

Oh, then my recording cut off so it is a good job I already knew the winner!!!
Not my expected result but I never seem to predict these things right.